The rarely, if ever, told story of Japanese sold as slaves by Portuguese traders

The subject of this slim volume is “a series of events that are essential in understanding Japanese history” — events “totally unknown, incredible, and unpleasant to read.” 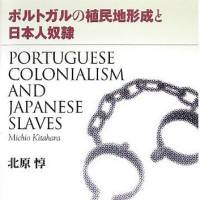 The nub of scholar Michio Kitahara’s revelation is that throughout the latter half of the 16th century and into the 17th, Portuguese traders sold Japanese as slaves overseas, so that “toward the end of the 16th century, a large number of Japanese were in several parts of Asia … They were found in the regions where Portugal was dominant as a colonial power, such as India, southeast Asia, and southern China, particularly in Macao, around the Strait of Malacca and in Goa, India.”

“Totally unknown,” says Kitahara. That is clearly an exaggeration, for in support of his thesis he cites numerous written sources, official and scholarly, contemporary and modern, which others beside himself must have read. But this much at least is true: You can read a lot of Japanese history without ever coming across mention of a systematic international trade in Japanese slaves. Why should this be? Assuming it is a fact, it is shocking, illuminating and, Kitahara argues, enormously consequential. Nor — unlike, say, Japanese wartime atrocities — would it be in anyone’s interest to cover it up. Why isn’t it common knowledge?

Kitahara suggests no answer and I have no idea, so let’s proceed to the paper’s arguments. (“Paper,” incidentally, is the right word. The English text, which accompanies the Japanese original, runs to 21 pages.)

Japan first met Europe in 1543, when a storm blew a Chinese ship with Portuguese traders on board to the outlying island of Tanegashima, in Kagoshima Prefecture. Two revolutionary novelties accruing to Japan from that chance encounter are well known — firearms and Christianity. A third, says Kitahara, was the slave trade. Before long Japanese slaves were being bought and sold not only throughout Asia but as far afield as Portugal and Argentina.

Some slaves were captives in Japan’s eternal civil wars, sold by their Japanese captors to Portuguese traders. Others sold themselves or their children into slavery to escape crushing poverty. Still others were sold by feudal lords to finance a new craving — for gunpowder.

Portuguese authorities — royal, bureaucratic and religious — were uncomfortable with this traffic. It brought Portugal and Christianity into low repute, damping the potential for trade and religious conversion. There were fitful efforts to stop it. But Portuguese merchants carried the day with a protest: “We have spent one million cruzeiros or more over the years to purchase slaves … Therefore, we cannot accept that the King revokes this right and deprives us of the slaves we have already purchased.” The king yielded.

Not so Toyotomi Hideyoshi. He was Japan’s supreme warlord at the end of the 16th century. “This is unbearable to me,” he said in 1587 upon learning from one of his officials that the Portuguese “buy hundreds of Japanese men and women. Their hands and feet are chained, and they are driven into the bottom of the ships. This is far beyond the punishment in Hell …”

The aftermath is well known, though slavery is rarely cited among the causes: foreigners were expelled, Christianity was ferociously uprooted and Japan, in self-imposed, rigidly enforced isolation for 250 years, embarked on a course of cultural and political development quite unique in the annals of world history.