A unique overview of Portuguese oceanic expansion between 1400 and 1800 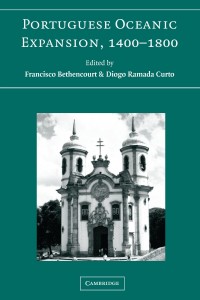 A unique overview of Portuguese oceanic expansion between 1400 and 1800, the essays in this 2007 volume treat a wide range of subjects – economy and society, politics and institutions, cultural configurations and comparative dimensions – and radically update data and interpretations on the economic and financial trends of the Portuguese Empire. Interregional networks are analysed in a substantial way. Patterns of settlement, political configurations, ecclesiastical structures, and local powers are put in global context. Language and literature, the arts, and science and technology are revisited with refreshing and innovative approaches. The interaction between Portuguese and local people is studied in different contexts, while the entire imperial and colonial culture of the Portuguese world is looked at synthetically for the first time. In short, this book provides a broad understanding of the Portuguese Empire in its first four centuries as a factor in world history and as a major component of European expansion.