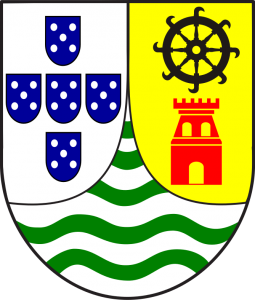 The first viceroy, Francisco de Almeida, established his headquarters in Cochin (Cochim, Kochi). Subsequent Portuguese governors were not always of viceroy rank. After 1510, the capital of the Portuguese viceroyalty was transferred to Goa. Until the 18th Century, the Portuguese governor in Goa had authority over all Portuguesepossessions in the Indian Ocean, from southern Africa to southeast Asia. In 1752 Mozambique got its own separate government and in 1844 the Portuguese Government of India stopped administering the territory of Macau, Solor and Timor, and its authority was confined to the colonial holdings on the Malabar coast of present-day India.

At the time of the British Indian Empire’s dissolution in 1947, Portuguese India was subdivided into three districts located on modern-day India’s western coast, sometimes referred to collectively as Goa: These were Goa; Daman (Portuguese: Damão) which included the inland enclaves of Dadra and Nagar Haveli; and Diu. Portugal lost effective control of the enclaves of Dadra and Nagar Haveli in 1954, and finally the rest of the overseas territory in December 1961, when it was taken by India after military action. In spite of this, Portugal only recognised Indian control in 1975, after the Carnation Revolution and the fall of the Estado Novo regime.

The first Portuguese encounter with the subcontinent was on 20 May 1498 when Vasco da Gama reached Calicut on Malabar Coast. Anchored off the coast of Calicut, the Portuguese invited native fishermen on board and immediately brought some Indian items. One Portuguese accompanied the fishermen to the port and met with a Tunisian Muslim. On the advice of this man, Gama sent a couple of his men to Ponnani to meet with ruler of Calicut, the Zamorin. Over the objections of Arab merchants, Gama managed to secure a letter of concession for trading rights from the Zamorin, Calicut’s Hindu ruler. But, the Portuguese were unable to pay the prescribed customs duties and price of his goods in gold.

Later Calicut officials temporarily detained Gama’s Portuguese agents as security for payment. This, however, annoyed Gama, who carried a few natives and sixteen fishermen with him by force.

Nevertheless, Gama’s expedition was successful beyond all reasonable expectation, bringing in cargo that was sixty times the cost of the expedition.

Pedro Álvares Cabral sailed to India, marking the arrival of Europeans to Brazil on the way, to trade for pepper and other spices, negotiating and establishing a factoryat Calicut, where he arrived on 13 September 1500. Matters worsened when the Portuguese factory at Calicut was attacked by surprise by the locals, resulting in the death of more than fifty Portuguese. Cabral was outraged by the attack on the factory and seized ten Arab merchant ships anchored in the harbour, killing about six hundred of their crew and confiscating their cargo before burning the ships. Cabral also ordered his ships to bombard Calicut for an entire day in retaliation for the violation of the agreement. In Cochin and Cannanore Cabral succeeded in making advantageous treaties with the local rulers. Cabral started the return voyage on 16 January 1501 and arrived in Portugal with only 4 of 13 ships on 23 June 1501.

The Portuguese built the Pulicat fort in 1502, with the help of the Vijayanagar ruler.

Vasco da Gama sailed to India for a second time with 15 ships and 800 men, arriving at Calicut on 30 October 1502, where the ruler was willing to sign a treaty. Gama this time made a call to expel all Muslims (Arabs) from Calicut which was vehemently turned down. He bombarded the city and captured several rice vessels. He returned toPortugal in September 1503.

On 25 March 1505, Francisco de Almeida was appointed Viceroy of India, on the condition that he would set up four forts on the southwestern Indian coast: at Anjediva Island,Cannanore, Cochin and Quilon. Francisco de Almeida left Portugal with a fleet of 22 vessels with 1,500 men.

On 13 September, Francisco de Almeida reached Anjadip Island, where he immediately started the construction of Fort Anjediva. On 23 October, with the permission of the friendly ruler of Cannanore, he started building St. Angelo Fort at Cannanore, leaving Lourenço de Brito in charge with 150 men and two ships.

Francisco de Almeida then reached Cochin in 31 October 1505 with only 8 vessels left. There he learned that the Portuguese traders at Quilon had been killed. He decided to send his son Lourenço de Almeida with 6 ships, who destroyed 27 Calicut vessels in the harbour of Quilon. Almeida took up residence in Cochin. He strengthened the Portuguese fortifications of Fort Manuel on Cochin.

In 1507 Almeida’s mission was strengthened by the arrival of Tristão da Cunha’s squadron. Afonso de Albuquerque’s squadron had, however, split from that of Cunha off East Africa and was independently conquering territories in the Persian Gulf to the west.

In March 1508 a Portuguese squadron under command of Lourenço de Almeida was attacked by a combined Mameluk Egyptian and Gujarat Sultanate fleet at Chaul and Dabul respectively, led by admirals Mirocem and Meliqueaz in the Battle of Chaul. Lourenço de Almeida lost his life after a fierce fight in this battle. Mamluk-Indian resistance was, however, to be decisively defeated at the Battle of Diu.

In the year 1509, Afonso de Albuquerque was appointed the second governor of the Portuguese possessions in the East. A new fleet under Marshal Fernão Coutinho arrived with specific instructions to destroy the power of Zamorin’s of Calicut. The Zamorin’s palace was captured and destroyed and the city was set on fire. The king’s forces rallied to kill Coutinho and wound Albuquerque. Albuquerque relented, and entered into a treaty with the Zamorin in 1513 to protect Portuguese interests in Malabar. Hostilities were renewed when the Portuguese attempted to assassinate the Zamorin sometime between 1515 and 1518. In 1510, Afonso de Albuquerque defeated the Bijapur sultans with the help of Timayya, on behalf of the Hindu Vijayanagara Empire, leading to the establishment of a permanent settlement in Velha Goa (or Old Goa). The Southern Province, also known simply as Goa, was the headquarters of Portuguese India, and seat of the Portuguese viceroy who governed the Portuguese possessions in Asia.

There were Portuguese settlements in and around Mylapore. The Luz Church in Mylapore, Madras (Chennai) was the first church that the Portuguese built in Madras in 1516. Later in 1522, the São Tomé church was built on the ruins of the original Kapaleeswarar Temple that was destroyed by the Portuguese.

These possessions became the Northern Province of Portuguese India, which extended almost 100 km along the coast from Daman to Chaul, and in places 30–50 km inland. The province was ruled from the fortress-town of Baçaim.

In 1526, under the viceroyship of Lopo Vaz de Sampaio, the Portuguese took possession of Mangalore. The territory included parts of Dakshina Kannada and Udupi in Karnataka state, and Kasaragod in Kerala state (South Canara). Mangalore was named the islands El Padron de Santa Maria; later came to be known as St Mary’s Islands. In 1640, the Keladi Nayaka Kingdom defeated the Portuguese. Shivappa Nayaka destroyed the Portuguese political power in the Kanara region by capturing all the Portuguese forts of the coastal region.

From the 16th century, the Portuguese meddled in the church affairs of the Syrian Christians of Malabar. The Udayamperoor Synod (1599) was a major attempt by the Portuguese Archbishop Menezes to Latinize the Syrian rite. Later in 1653, Coonan Cross Oath led to the division of the local church into Syrian Catholics and Syrian Christians (Jacobites).

Bombay (present-day Mumbai) was given to Britain in 1661 as part of the Portuguese Princess Catherine of Braganza’s dowry to Charles II of England. Most of the Northern Province was lost to the Marathas of the Maratha Empire in 1739 when the Maratha General Chimnaji Appa defeated the Portuguese. Later Portugal acquired Dadra and Nagar Haveli in 1779.

In 1843 the capital was shifted to Panjim, then renamed “Nova Goa”, when it officially became the administrative seat of Portuguese India, replacing the city of Velha Goa (now Old Goa), although the Viceroys lived there already since 1 December 1759. Before moving to the city, the viceroy remodelled the fortress of Adil Khan, transforming it into a palace.

The Portuguese also shipped over many Órfãs d’El-Rei to Portuguese colonies in the Indian peninsula, Goa in particular. Órfãs d’El-Rei literally translates to “Orphans of the King”, and they were Portuguese girl orphans sent to overseas colonies to marry either Portuguese settlers or natives with high status.

Thus there are Portuguese footprints all over the western and eastern coasts of the Indian peninsula, though Goa became the capital of Portuguese Goa from 1530 onwards until the annexation of Goa proper and the entire Estado da Índia Portuguesa, and its merger with the Indian Union in 1961.