The Navy Arsenal were the old maintenance facility and ship repair the Portuguese Navy located in Lisbon. They were deployed to the west of the Palace Square, substantially in one site of the ancient Ribeira das Naus and the Tejo Opera House, destroyed by the earthquake of 1755. Until the establishment of the Republic were called Royal Arsenal Navy. 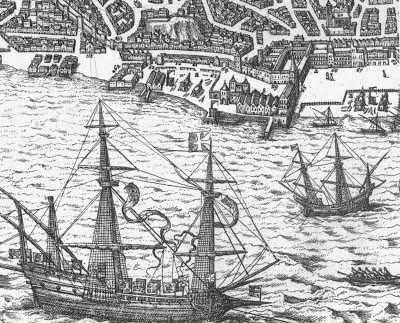 Arsenal, in addition to shipbuilding and maintenance, housed along its existence several other departments and Navy services, such as Quartermaster Lisbon Navy and the Naval Academy, both transferred to the Alfeite or extinct Royal Observatory of Navy and Department of the Navy. Still currently works here Central Administration of the Navy. 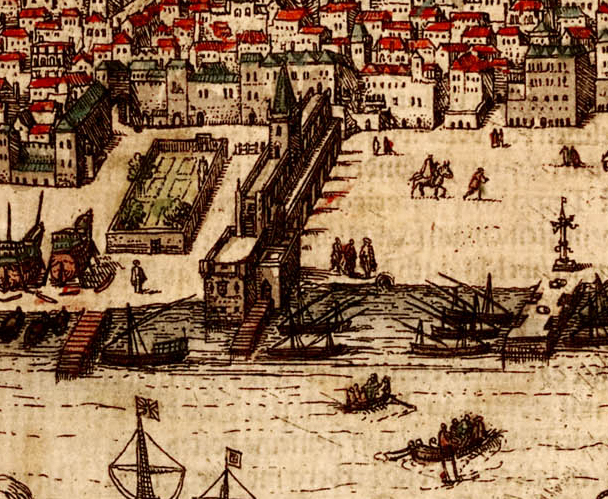 The presence of Arsenal was marked for the future through Arsenal Street.

Ribeira das Naus was the name given from the construction of the Ribeira Palace to new Tercenas that King Dom Manuel I ordered the construction to the west of the new royal palace, built on the site of the medieval Tercenas. 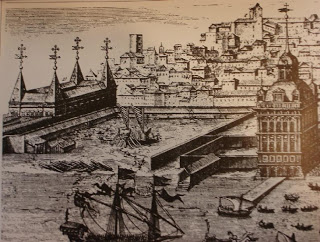 In the eighteenth century, the Ribeira das Naus was renamed “Arsenal Royal Navy” when its facilities built at the same location within the reconstructed downtown Lisbon after the earthquake of 1755. In 1910, he came to be called ” Arsenal of the Lisbon Navy. ”

Arsenal Navy Lisbon has been disabled as a result of the construction of Arsenal Alfeite, opened in 1938. Its former site – where access to the river Tagus was cut with the construction of the Ribeira das Naus Avenue – now part of the Central Administration Facilities the Navy.